Can Aspirin Prevent Heart Attacks? (the truth will shock you)

The history of aspirin

Aspirin is a staple in most medicine cabinets in the United States. Used to treat pain and fevers, aspirin is also taken in lower doses as a preventative measure against heart attacks and strokes. As a result, popping an aspirin each day is akin to taking a vitamin supplement for nearly 30 million Americans over the age of 40.

To fully understand the rise in popularity, it’s helpful to examine the history of this widely used medication. Ancient medicine has used salicylic acid, the natural substance where aspirin originated, for thousands of years.  For instance, Hippocrates used tea tinctures derived from the bark of a willow tree (which contains salicin) to treat fevers and assist mothers in childbirth.

In the early nineteenth century, Swiss and German pharmacists found that salicin also exists in the meadowsweet and myrtle flower. Then, in the 1850s, French chemist Charles Gerhardt discovered the chemical structure of salicylic acid, which was synthesized later that decade.

While working for the pharmaceutical company Bayer, German chemist Felix Hoffman prepared the first sample of pure acetylsalicylic acid in 1897. The company patented the drug and began marketing it in 1899 under the name aspirin.

How aspirin became a preventative drug for heart attacks and stroke

Aspirin took off in popularity and became available over-the-counter in 1915. Sales continued to flourish during the influenza epidemic of 1918. By 1950, aspirin entered the Guinness World Book of Records for being the most frequently sold analgesic.

Around this same time, Dr. Laurence Craven, a family medicine physician from California, noticed the blood-thinning effects of aspirin on his patients and began recommending it to middle-aged people to prevent vascular events. But, with only anecdotal evidence, his suggestions did not immediately take hold.

Further studies in the 1960s and 1970s shed more light on the use of aspirin to prevent clotting diseases, but results were sometimes controversial and inconclusive. Finally, in 1982, the Nobel Prize was awarded to researchers who discovered how aspirin worked to prevent blood clots. Scientists found that aspirin stops the body from making prostaglandins, the hormone responsible for blood clotting.

For the last 30 years, a daily dose of baby aspirin has been an accepted practice for those at risk of heart conditions. In fact, millions of people take aspirin preventatively without even speaking with their doctor.

Risks associated with aspirin use

Perhaps because aspirin is a commonly accepted drug in many households, it’s easy to lose sight of the dangers associated with it. However, like all medications, side effects do occur with aspirin use, including some significant ones.

Aspirin use is also associated with an increased risk of gastrointestinal bleeding, ulcers, and stomach inflammation. Studies show that consistent aspirin can double the risk of stomach bleeding.

Finally, many individuals have severe reactions to the medication, including Reye’s syndrome, a life-threatening condition believed to be triggered by aspirin.

The results of three major studies released in 2018 cast doubt on the recommendations for daily aspirin intake. First, in an extensive double-blind, randomized controlled study, scientists found that routine aspirin use for healthy adults over 65 years old did not improve lifespan. In fact, those in the study who received daily low-dose aspirin had higher death rates due to cancer, illustrating no benefit to those taking daily aspirin.

A second study examined the role of aspirin in preventing vascular events in diabetic patients with no history of a heart attack or stroke. The study concluded that aspirin lowers the risk of cardiovascular events. However, that risk was negated by a significantly higher chance of a major bleeding event. Daily aspirin use reduced the risk of a severe vascular accident by 12 percent but raised the bleeding risk by nearly 30 percent.

These findings resulted in a change in practice recommendations from the American Heart Association and the American College of Cardiology. New guidelines suggested that daily aspirin should not be recommended for adults over the age of 70 or for individuals with any bleeding risk who do not have a history of cardiovascular disease.

According to the task force’s draft guidelines, adults over 60 without a previous heart attack or stroke should not take daily aspirin. According to the recommendations, the risk of bleeding associated with everyday aspirin use far exceeds the possible cardiac benefit. For adults between the ages of 40-59, a careful risk assessment and conversation with your doctor should determine whether or not aspirin is a good choice.

How did the doctors get it wrong?

Many lessons have arisen from the last year and a half of living with COVID-19. We have learned that the “experts” are not always right, science is constantly evolving, and pharmaceutical companies exert enormous influence on physicians and the general public.

There are numerous examples throughout history of medical recommendation changes, and many have been deadly. For instance, for years, experts recommended Vioxx to reduce pain in arthritis patients. Then, years later, the drug was pulled from the market due to a drastic increase in heart attack risk. The pharmaceutical company, Merck & Co., settled to the tune of close to 1 billion dollars.

From hormonal replacement to statin use, volumes could be written on the many instances where “experts” made recommendations that turned out to be wrong.

How do I know which advice to follow if it’s often wrong?

There are times when medication serves a role in health care. Unfortunately, drugs, no matter how benign they may seem, come with side effects. Some of these side effects may be small, but some may have life-threatening implications that are not realized until it’s too late.

When working with your doctor, the goal should always be to use the minimal amount of medication necessary, with the ultimate goal of tapering off the drugs as soon as safely possible.

The Natural Health Doctor is often ahead of the curve when it comes to health recommendations. For years we have been questioning the aspirin guidelines, so the new recommendations came as no surprise. How did we know?

When we focus on the root cause of disease, the answers become clear. In their natural state, our perfectly-made bodies do not require medication to “thin” the blood. With the proper nutritional intake, sunshine, exercise, and stress management, our bodies can maintain healthy blood consistency. No aspirin needed. 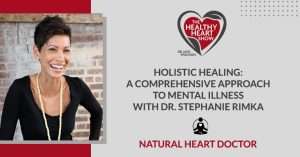 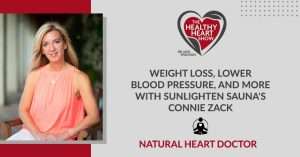 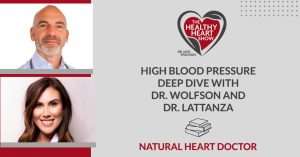 Prolonged high blood pressure can lead to stroke, congestive heart failure, heart attack, kidney disease, eye disease, and ultimately even death. So what can you

Think you know everything about Keto? Get ready to be mind blown because Dr. Steven Gundry, one of the world’s top cardiothoracic surgeons and a 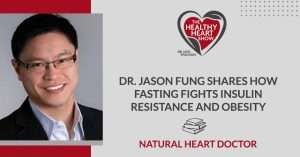 Want a natural way to lose weight, prevent/reverse disease, and improve your health? We have the tool for you! In this episode Dr. Lauren Lattanza

Dr. Frank Shallenberger Explains Energy, Aging, And The Therapies That Could Change Your Life

Dr. Jack is joined by Dr. Frank Shallenberger to discuss energy, aging, and therapies that could change your life for the better. Dr. Frank is