5 Ways to Prevent Another Heart Attack

Are you a heart attack survivor? If so, you’ll want to stick around for this! While you may have dodged a bullet in surviving a major cardiac event, experts warn that one in five people who suffer a heart attack will have another one within five years. If you don’t address the lifestyle habits that contributed to your heart attack, the likelihood of a repeat heart attack or another cardiovascular problem is almost guaranteed. The good news is, you can prevent another heart attack! Here’s how.

What causes a heart attack?

The primary cause of heart attacks is coronary artery disease (CAD). CAD occurs due to plaque accumulation on the blood vessel walls, better known as atherosclerosis. Much like pouring grease down the kitchen sink, the buildup of sticky plaque hardens and narrows the arteries, making it difficult for blood to get through to the heart.

In some instances, the arteries become so narrow that a complete blockage occurs. In others, plaque ruptures, leaving the artery wall and traveling to the heart, where it becomes lodged. Both instances lead to insufficient blood flow to the heart and, thus, a heart attack.

The two primary types of heart attacks are:

What is the difference between a heart attack and cardiac arrest?

While the terms are often used interchangeably, a heart attack and cardiac arrest are two medically distinct events.

A heart attack results from restricted blood flow to the heart, resulting in damaged heart muscle. On the other hand, cardiac arrest occurs due to a disturbance in the heart’s electrical system.

How common are second heart attacks?

Nearly 800,000 people suffer heart attacks each year in the United States. The good news is that most of these individuals survive. In fact, over 90 percent of individuals who’ve had a heart attack live to see another day.

Unfortunately, studies show that the recurrence rate of heart attacks remains high. Much like a concussion, one hit is not good, but a second blow can be dangerous or even fatal.

In a recent study of nearly 7,000 individuals admitted to the hospital for a heart attack, researchers found that 2.5 percent were readmitted within 90 days. Of those people, almost 50 percent would die within five years. The study also concluded that the most significant risk of a second heart attack occurs within two weeks of the first.

Therefore, the primary concern after having a heart attack should be adjusting one’s lifestyle so that a second attack can be avoided. Unfortunately, this can be challenging in a hospital setting. Most hospitals serve unhealthy food, don’t do enough to ensure quality sleep, have little natural light, and circulate toxic air. The goal after a heart attack should be to return home to a healing environment as quickly and safely possible.

Having a heart attack is a huge wake-up call for most people. Unfortunately, most people who’ve had a heart attack did not see it coming. However, now that they realize the danger, they want to make positive changes to protect their health. The top five ways to prevent another heart attack include:

To regain health, you must remove all highly processed food from your diet. This includes most food packaged in boxes or plastic. These ready-to-eat foods are typically packed with unhealthy sugar, oils, and processed wheat.

Processed foods are typically high on the glycemic index, meaning they are fast-acting carbohydrates that spike your blood glucose levels and lead to inflammation. Sugar is a dangerous drug that deserves no place in your diet. A study published in JAMA found that individuals who consumed 25 percent or more of their daily calories from sugar were twice as likely to die from heart disease than those whose diets had less than 10 percent sugar intake.

A more extensive 2021 study examining people across five continents found that foods high in these poor-quality carbohydrates put people at increased risk for heart disease and death. Individuals in the study who consumed the most carbohydrates were up to 50 percent more likely to experience a heart attack, stroke, or death.

To lower your risk of having a second heart attack, remove processed foods from your diet. Ice cream, cookies, potato chips, and sugary baked goods are obvious items to avoid. Keep in mind, however, that there are many hidden sources of sugar as well. For example, ketchup, marinara sauce, salad dressings, oatmeal, and yogurt can all spike your blood glucose levels.

For many years, fat was unjustifiably vilified and blamed as the primary cause of heart attacks. Sure, some fats harm your health, but they’re likely not the ones you think.

Industrialized fats, such as hydrogenated and partially hydrogenated oils, trans fats, and polyunsaturated seed oils, such as canola, vegetable, and corn oil, wreak havoc on health. These types of fats are linked to inflammation and heart disease.

For example, a 2017 study followed health outcomes after the ban on trans fats in some New York eateries, including restaurants, cafeterias, bakeries, concessions, and senior meal programs. Compared to counties that still utilized trans fats, researchers found nearly 8 percent fewer hospital admissions for heart attacks in those places where trans fats were no longer allowed.

Despite what you may have been told, diets high in saturated fats and cholesterol don’t raise blood cholesterol levels in most individuals. Even if they do, it’s typically the larger, buoyant type of LDL cholesterol, which is not harmful to health. In fact, consuming eggs lowers small, dense LDL. Studies have found that individuals who ate three eggs a day for three months reduced their small-LDL levels by nearly 20 percent.

Some studies have linked red meat with heart disease. Unfortunately, these studies do not consider meat quality.

Factory-farmed cattle are forced to eat an unnatural diet full of GMO grains. Moreover, they are pumped with hormones and antibiotics that lead to inflammation. Grass-fed meat nurtured in nature does not pose the same heart-damaging risks.

Healthy sources of fat include:

Understanding what kind of diet is best for your heart can be challenging. Should you try a keto diet? Will a plant-based diet heal your heart? Low-carb, all-natural, heart-healthy. What do these terms even mean? It’s no wonder people are so lost when it comes to nutrition.

If you feel this way, you are not alone. A 2017 International Food Information Council (IFIC) survey found that most people have no idea what “healthy” means. Sadly, although strategically, the food industry has complicated what it means to eat healthily.

Interestingly, the top sources of calories in the American diet are vegetable oils, corn syrup, and refined carbohydrates – foods that our ancestors never ate. Today’s foods are packed with pesticides and chemicals.

The best way to avoid a second heart attack is to get back to the basics. First, eat only organic, non-GMO whole foods. Increase your consumption of organic vegetables, wild-caught fish, and grass-finished or organic pasture-raised meat. Eliminate eating out at restaurants or ordering takeout, and start cooking all your meals at home. Download our free 100 Year Heart Diet guide for an in-depth look at fueling your heart with the best food possible.

It’s natural to be nervous about exercise after a significant health scare, such as a heart attack. After all, can your heart really handle any additional stress, such as the fast heart rate that goes along with movement?

Not only can your heart handle exercise, but it may also prolong your life. A recent study found that even low levels of physical activity after a heart attack reduced the odds of dying in the years that followed.

Once cleared for activity by a doctor, aim to exercise at least 5-6 days per week. Begin with walking, and increase your pace as tolerated. Studies also show that alternating between low and high-intensity workouts may also be helpful when recovering from a heart attack.

Identify the root cause of your heart attack

While we know that poor diet and lack of movement play a significant role in the development of heart disease, there are also other contributing factors, including:

Preventing a second heart attack will require a deep dive into the factors that contributed to the first heart attack. For example, is your job too stressful? Do sleep difficulties, such as sleep apnea, contribute to your poor heart health?

It’s also essential to ensure that you have comprehensive labs drawn. Unfortunately, most conventional doctors or hospitals do not delve into the root cause of illness. Crucial labs to consider after a heart attack include:

Immediately following a heart attack, you can expect an increase in inflammation. However, inflammation should normalize shortly after that.

An ApoB test measures the amount of a particular protein on the surface of cholesterol called apolipoprotein B. This is the main protein found in low-density lipoproteins, and it’s associated with an increased risk of heart disease. Studies show that ApoB levels are the most predictive of heart attacks compared to other lipid tests.

Lp(a) is a low-density lipoprotein that transports cholesterol in the blood. Lp(a) is an independent risk factor for heart disease, and higher levels of Lp(a) indicate an increased risk for heart attacks.

A hemoglobin A1C test measures your blood’s average sugar, or glucose, over the last few months. High levels of blood glucose damage vessels and increase the risk of heart disease. If your HbA1c levels are high, the odds are you are at increased risk for heart disease. Lowering these levels can reduce your risk of a subsequent heart attack.

Other labs to consider after a heart attack include:

It’s hard to find the silver lining after having a heart attack. The trauma associated with such a scary medical event is enormous. However, you now have the opportunity to make healthy changes. You don’t have to be the one in five with another heart attack.

Follow the suggestions above, and you will be on the road to better health. Consider working directly with Dr. Wolfson or with one of his highly-qualified colleagues. In doing so, all of the appropriate labs can be ordered, and the root cause of your heart attack can be identified and addressed.

While no one wants to experience a heart attack, your body gave you a second chance at life. Don’t take that for granted.

Simple lifestyle strategies to achieve your 100 Year Heart. Because you matter. 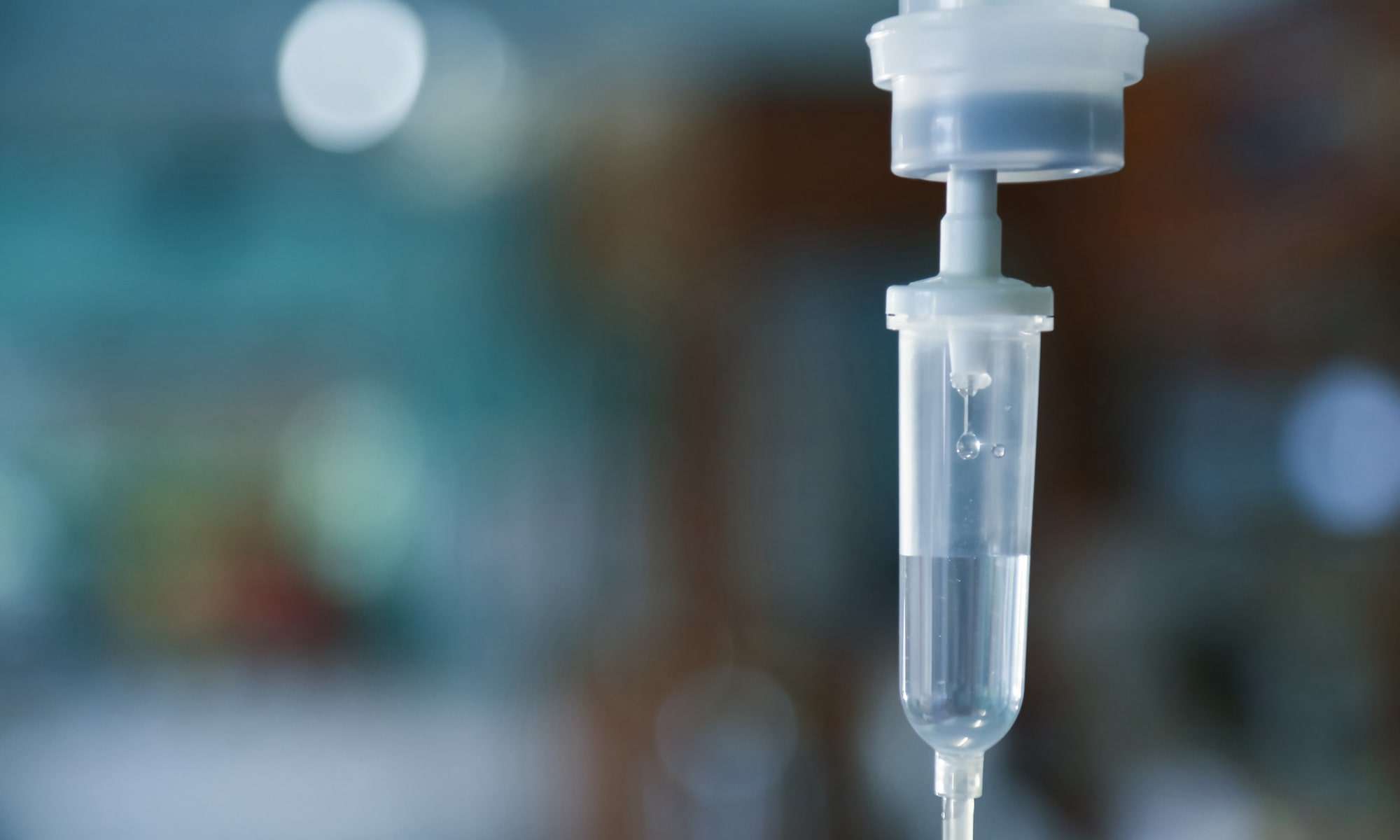 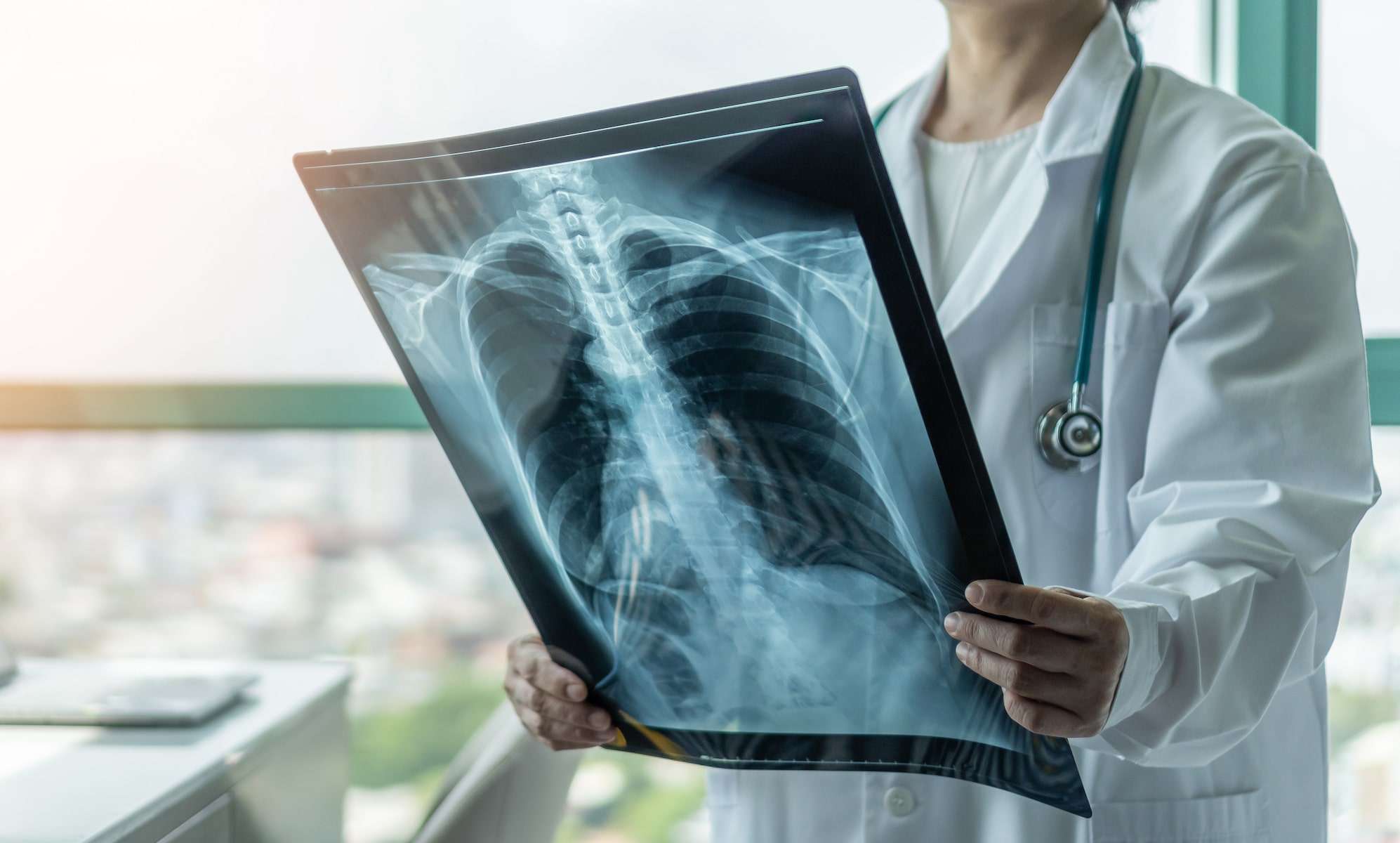 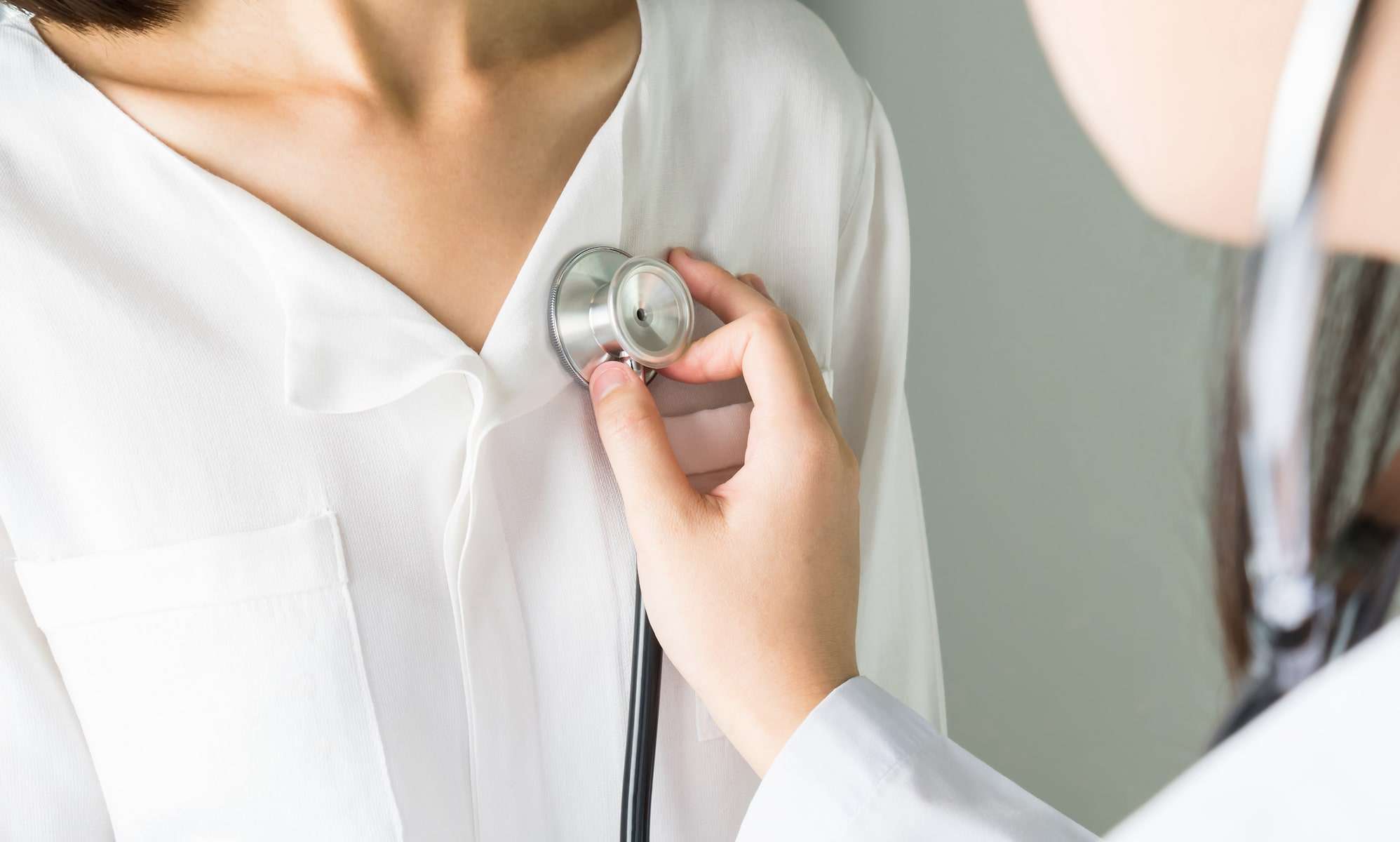 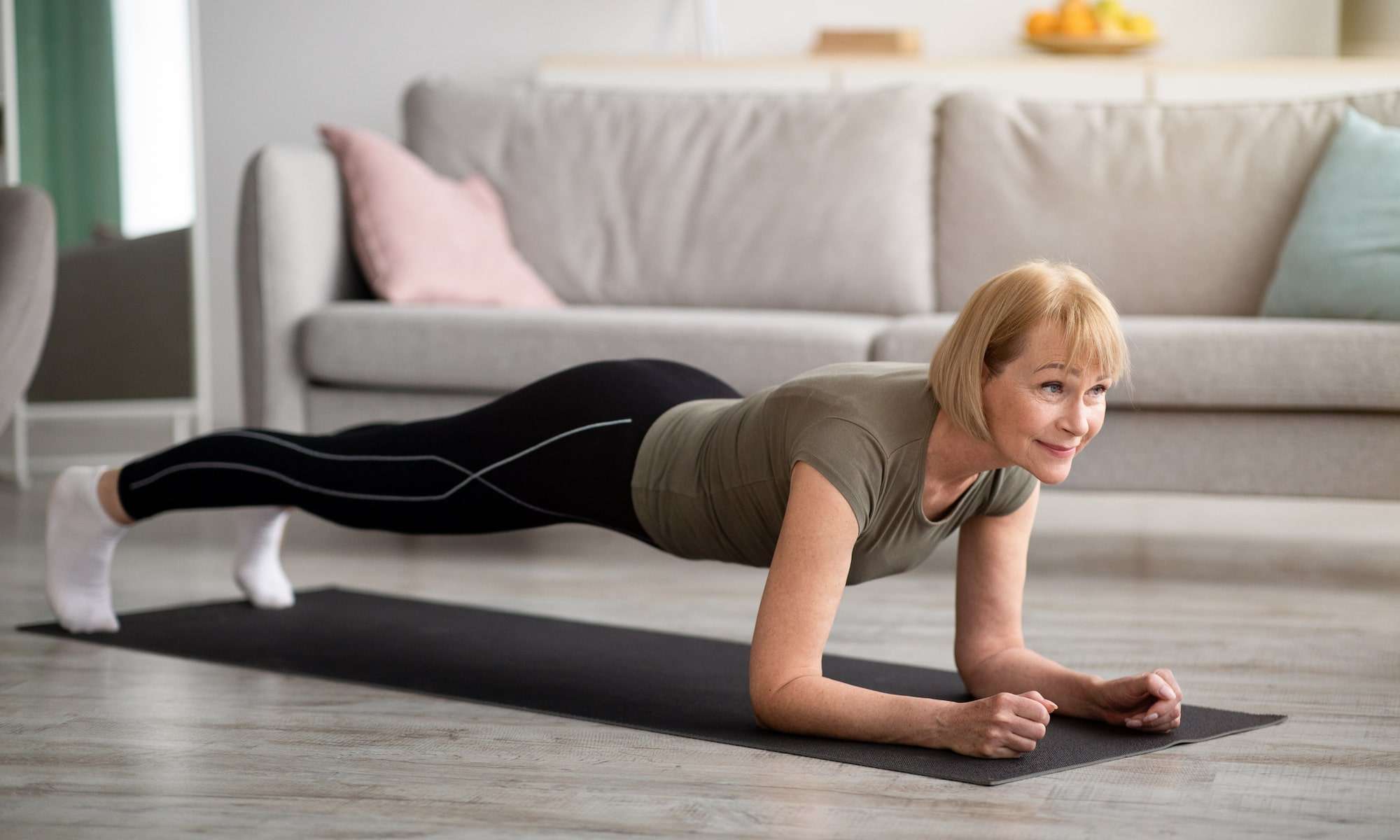 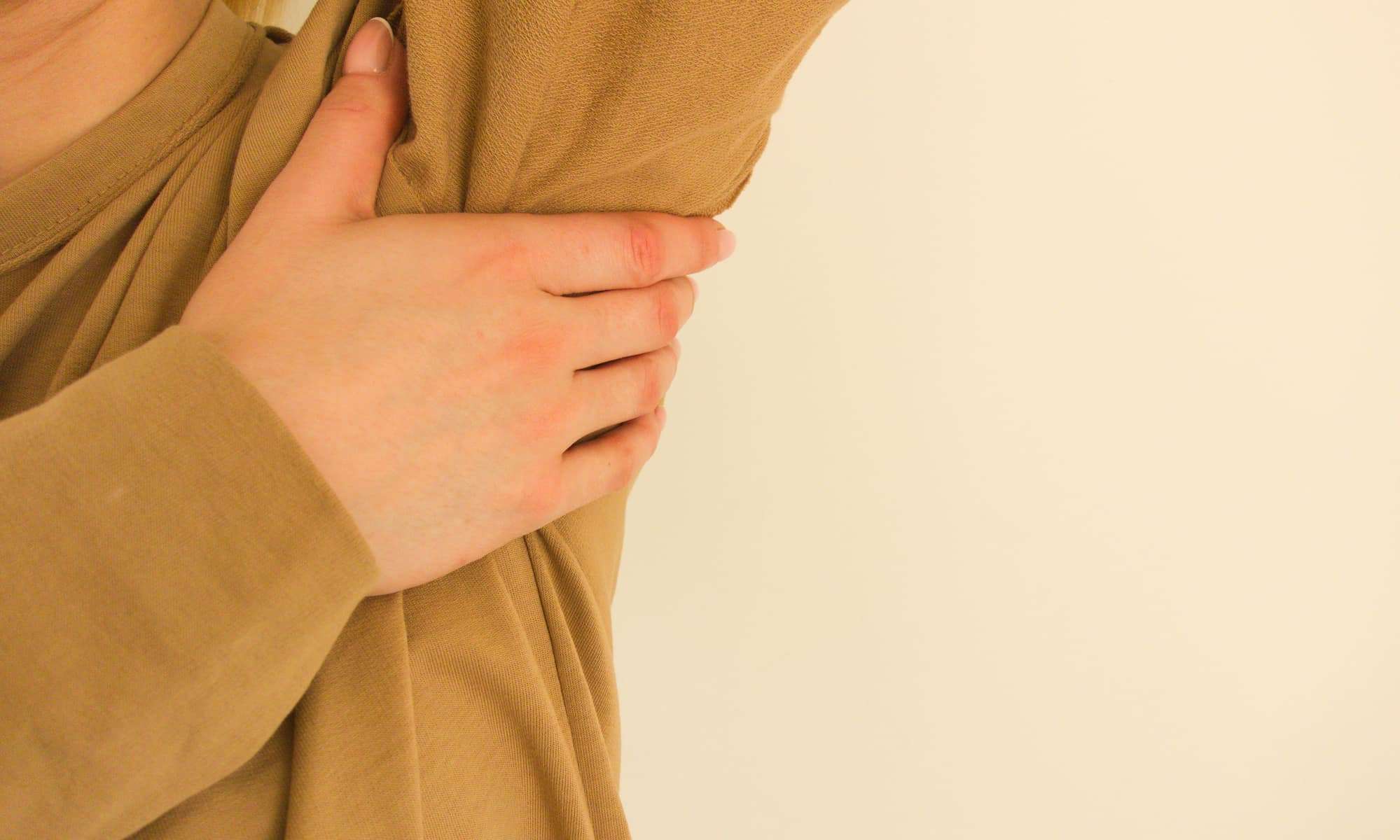 What is The Lymph System and Why is it Important to My Heart?